Dear Haley :
Chandra writes : I will certainly send you (Bill and Haley) the meteorite sample – a porous piece of rock about 2-3 cm across. 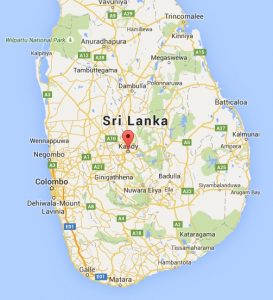 Before I send Chandra the shipping details, please confirm you are still ready to undertake this project. It would help if you could summarize the experiments you felt necessary. I am hoping you will use additional equipment and techniques. 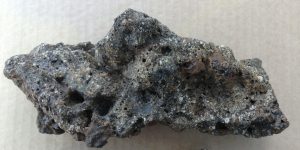 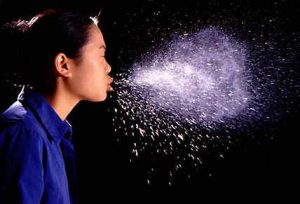 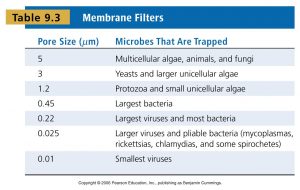 Once you are ready and have OK’d the project, I would like to track your progress in a BLOG. I think the global community will be very interested.

The following six (6) peer-reviewed papers represent what was completed, documented and published in 2013 :

1) Vol 21 No. 37 (a) published 10-1-2013 Fossil Diatoms in a new Carbonaceous Meteorite
Abstract : We report the discovery for the first time of diatom frustules in a carbonaceous meteorite that fell in the North Central Province of Sri Lanka on 29 December 2012.
Contamination is excluded by the circumstance that the elemental abundances within the structures match closely with those of the surrounding matrix. There is also evidence of structures morphologically similar to red rain cells that may have contributed to the episode of red rain that followed within days of the meteorite fall. The new data on “fossil” diatoms provide strong evidence to support the theory of cometary panspermia.
2) Vol 21 No. 38 (b) published 13-1-2013 On the Cometary Origin of the Polonnaruwa Meteorite
Abstract : The diatoms discovered in the Polonnaruwa meteorite are interpreted as originating in comets and the dust in interstellar space. The exceptionally porous structure of the Polonnaruwa meteorite points to it being a recently denuded cometary fragment. Microorganisms that were present in a freeze-dried state within pores and cavities may have survived entry to be added to the terrestrial biosphere.
We conclude by reporting that an extract from the interior of a Polonnaruwa meteorite sample, studied under a light microscope at the Medical Research Institute in Colombo, was found to contain living diatoms (See Fig.4). If this result is confirmed in future studies and contamination is excluded, the meteorite would have been shown to contain both fossil as well as living microbes, and panspermia thus demonstrated in real time.
3) Vol 21 No. 39 © published 4-2-2013 Authenticity of the Life Bearing Polonnaruwa Meteorite
Abstract : We show that the Polonnaruwa stones that were collected on 29 December 2012 following a witnessed fireball, in which we found biological structures, do not possess properties that are consistent with fulgurites on the basis of X-ray diffraction studies, and other data. The existence of distinct diatom frustules fused into the rock matrix makes recent contamination unlikely. Contamination
4) Vol 21 No. 40 (d) published 8-2-2013 Living Diatoms In Polonnaura Meteorite – Possible Link to Red and Yellow Rain
Abstract : Meteoroids belonging to a cometary meteor stream, upon entering the atmosphere, could undergo hierarchical fragmentation, and the smallest micron-sized dust might serve to nucleate rain. The larger fragments that survive passage through the atmosphere may end up as the spray of meteorites such as were collected in Sri Lanka on 29th December 2012 and 3rd January 2013. We show tentative evidence for the presence a wide range of genera and species of diatoms which are living, in addition to those discovered in SEM studies that are fossilised.
5) Vol 22 No. 2 published 5-3-2013 Oxygen Isotope, Crystalline and Biological Composition
Abstract: Results of X-Ray Diffraction (XRD) analysis, Triple Oxygen Isotope analysis and Scanning Electron Microscopic (SEM) studies are presented for stone fragments recovered from the North Central Province of Sri Lanka following a witnessed fireball event on 29 December 2012.
The existence of numerous nitrogen depleted highly carbonaceous fossilized biological structures fused into the rock matrix is inconsistent with recent terrestrial contamination.
Oxygen isotope results compare well with those of CI and CT-like chondrites but are inconsistent with the fulgurite hypothesis.
6) Vol 22 No. 1 published 5-3-2013 INCIDENCE OF LOW DENSITY METEOROIDS OF THE POLONNARUWA-TYPE.
Abstract : The ingress of micrometeorites of cometary origin with densities below ~ 1 g cm-3 into the Earth could average at least 5 tonne per day. Although much of this is burnt upon entry through the atmosphere as meteors, a non-trivial fraction (~10%) which have sizes of ~ 1

Notes on 2013 experiments on the the Polonnaruwa meterorite

Your summary is not entirely correct.

I personally conducted the study of nitrogen levels present in diatoms, cyanobacterial filaments, Hystrichospheres and actriarch fossils that I found embedded in the Polonnaruwa stones that O personally collected in Sri Lanka. These studies were carried out at NASA/MSFC and at Cardiff University in collaboration with Prof. Wickramasinghe and other members of the team.

The stones contained clearly biological forms that did not contain detectable nitrogen levels.

1. This is not Necessary for the forms to be indigenous to the stones rather than contaminants. If the diatoms & Cyanobacteria had lived on the parent body and died in the last hundred thousand years or so, then they could contain nitrogen and still be extraterrestrial.

2. The absence of nitrogen in Biological remains in the stones is SUFFICIENT to establish that these remains are NOT MODERN CONTAMINANTS.

The Polonnaruwa stones fell on Dec. 29, 2012. Any microbes that entered the stones after they fell would contain detectable levels of Nitrogen. That also applies to the other carbonaceous meteorites that I have examined. Alais fell in 1806— only a little over 200 years ago. The loss of Nitrogen requires geological time periods (millions of years) rather than weeks or centuries.

The other tests 2, 3, and 4 are not necessary to conclude that the fossils in Polonnaruwa are indigenous. Those studies have been performed by many other researchers on a wide variety ofCI1 and CM2 meteorites that also contain fossils that lack nitrogen. Those remains have also been dismissed as recent contaminants—with no effort to answer the problems posed by the missing biomolecules—which would certainly be present if the stones contained post arrival biological remains.

You did not answer my question in the prior e-mail. Did you ask Caleb or any of the other critics how they can explain the absence of these life critical biomolecules in stones contaminated after they landed by living terrestrial microbes? I have discussed this problem with prominent biochemists and microbiologists and have yet to hear any Answer whatsoever.