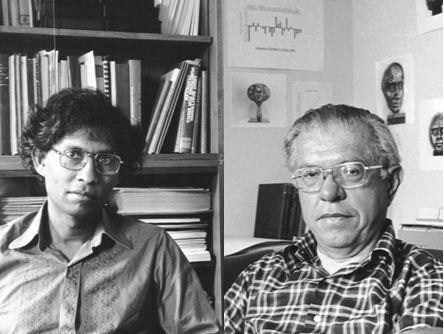 Sir Fred Hoyle was one of the outstanding astrophysicists of all time. He was the pioneer scientist to initiate the concept of Stellar Nucleosynthesis. He was known for many controversial theories such as Steady-State theory, Quasi Steady-State theory, Panspermia, Molecular Cloud etc.
Later, many of his theories were accepted by a major part of the scientific community among which Panspermia and Molecular Cloud are the most popular ones.
Science Media Centre, IISER Pune has produced this documentary based on Sir Fred Hoyle’s life and work as a tribute to his enormous contribution to cosmology.
Credit: Some of the photographs used in this video were captured by Prof. Chandra Wickramasinghe and his family (one in the Lake District, walking in Sri Lanka, at the blackboard etc).
www.smciiserpune.com Science Media Centre, IISER Pune
The full documentary :
https://youtu.be/ou5-i90jYOo
IISER Pune
SUBSCRIBE 3.4K