“Aliens have reached Earth, say researchers from the University of Edinburgh’s School of Physics and Astronomy, basing their dramatic findings on a new study of fast-moving extraterrestrial dust that constantly rains down on our atmosphere. These particles serve as tiny ‘spaceships’ for microorganisms from alien worlds that traverse the vastness of interstellar space for eons before reaching Earth. This dusty downpour could also collide with biological particles in Earth’s atmosphere with enough energy to send them careening into space, and conceivably onwards to other planets in other solar systems. 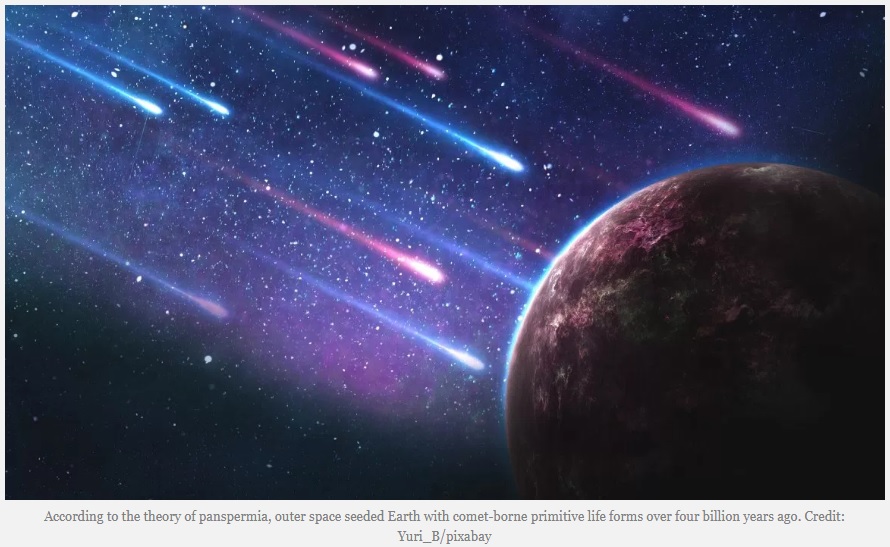 Astrobiologists earlier found evidence of microorganisms reaching the planet in air samples taken at extreme altitudes, and from the discovery in 1984 of fossilised worms in a meteorite from Mars. Exciting data from the 1976 Viking space probes, which actually confirmed the presence of Martian microorganisms but were overlooked for 25 years by careless scientists, back these findings. In 2006, researchers from Columbia University discovered traces of amino acids – the building blocks of life – on meteorites that landed in Australia and the US less than a hundred years ago.

Some scientists argue that these extraterrestrial amino acids mixed with moisture in Earth’s ancient atmosphere to produce an acidic “soup” that then nourished the planet’s first organisms. This ties in with the panspermia theory, which says that outer space seeded Earth with comet-borne primitive life forms over four billion years ago. Panspermia never found favour with modern-day scientists till the 1970s, when the late Fred Hoyle and Chandra Wickramesinghe came across “traces of life” in interstellar dust. When cultured, two species of bacteria and a microfungus found in space rocks turned out to be similar to terrestrial organisms – just as panspermia had predicted. Hoyle and Wickramasinghe believed that a torrent of such “life-altering stuff from space” reaches Earth in cycles related to solar activity and has affected the evolution of terrestrial life. If this is indeed the reality, the ‘miracle’ of life could happen anywhere, and our microbial ancestors, or more evolved cousins, are scattered like chaff throughout the universe” , by  PRAKASH CHANDRA ON 22/11/2017 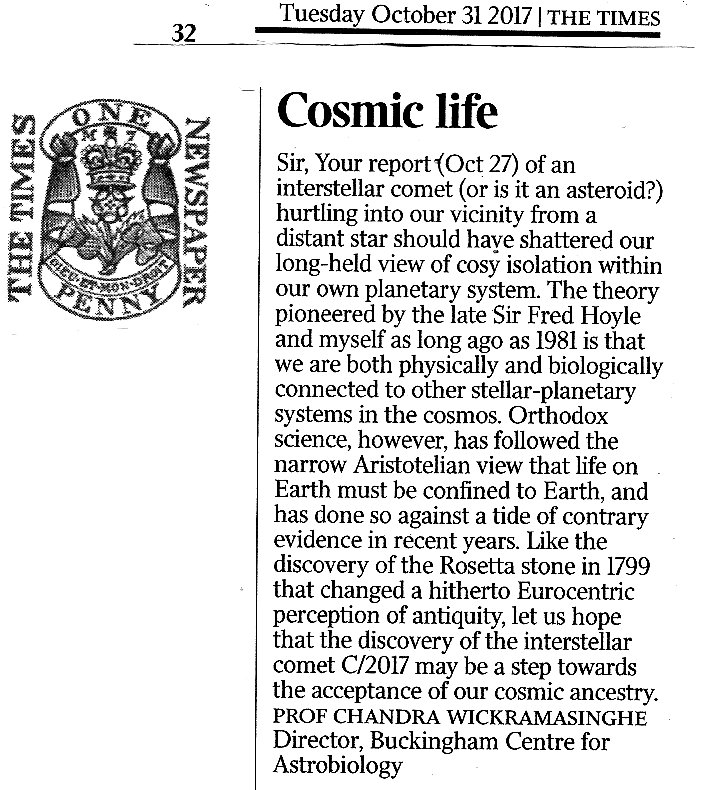