DNA carries the blueprint of all life, and its survival during space travel is essential if life is to be regarded a cosmic phenomenon.  DNA (plasmid DNA) mounted on the exterior of a TEXUS-49 rocket was launched from Kiruna in Northern Sweden in November 2011.  On its 13 minute flight the external temperature peaked at 1000 degrees C, and to the surprise of the investigators the DNA was not denatured. Their biological function, which was to impart antibiotic resistance to a colony of bacteria, was shown to have remained intact.  This shows that DNA (and viruses) can survive the rigours of space travel – escape at high speed through the atmosphere of one planet and land in tact on another.  The result, if it is shown to hold also for chromosomal DNA, gives strong support for  the Hoyle-Wickramasinghe Theory of Evolution from Space.

Along with the well-attested modern data on Horizontal Gene Transfer (viruses aiding evolution by transferring genes), and the presence of viral sequences in our own genes (Tokoro and Wickramasinghe, 2014) the new result extends the operation of the same processes across the boundaries of planets.

The work also lends very strong support to the theory of cometary panspermia.

The work also shows that incoming virions from space can change the virus population already on Earth and cause the flare-up of pandemic disease.

Timeline – 12 November 2014 – Today’s landing on a comet has been hailed as a one big step for civilisation. The importance of this epoch making achievement and its potential for unravelling our origins cannot be overstated. The scientific theory that comets are connected with the origins of life was first developed by the late Sir Fred Hoyle and the present writer from 1980 onwards, and evidence for this point of view has grown steadily over the years. Today it is widely accepted that at the very least the chemical building blocks of life were delivered to the Earth by comets, and this process effectively kick-started the evolution of life on our planet. At the time of the first space mission to a comet in 1986 – ESA’s Giotto Mission to Comet Halley – the prevailing point of view was that comets were lifeless inorganic snowballs. Weeks before the Giotto encounter on March 13, 1986 Fred Hoyle and I published a prediction that the surface of the comet would be “darker than coal” and this prediction was reported in the London Times of March 12 1986. On the night of March 13 it turned out that our prediction was startlingly verified when, to the dismay of everyone, the comet did indeed turn out to be so dark as to be virtually invisible to the heavily shuttered-down cameras that had expected to photograph a bright snowfield. Comet Halley was indeed blacker than the blackest coal; and the largely organic composition of comets have come to be steadily vindicated since this time. The dark surface of comet Comet 67P/Churyumov-Gerasimenko (Comet C-G for short) has already been established and no doubt will be confirmed in the weeks that lie ahead.

The lander Philae that arrived safely on Comet C-G carries a mobile laboratory that will hopefully give us a better understanding of how the solar system originated nearly 4500 million years ago. But what further evidence of our cosmic ancestry will be eventually unravelled by this mission is left to be seen. It is somewhat strange that references to life in comets appear to have been somewhat muted in the publicity covering today’s event. My prediction would be that the connection between life and comets would be the most exciting outcome that will emerge in due course.

I thought you may be interested to hear that The Journal of Astrobiology and Outreach has asked me to be their Editor in Chief!

We are watching the Rosetta Landing with bated breath!

from William Smith: 10:55 AM
To: dwayne.c.brown@nasa.gov
Today’s  NASA press release seems to have forgotten that NASA and ESA have moved passed searching for water , and have started the difficult endeavour of seeking the signs of life.
For you to state the NASA instruments are looking for the signs of water, misses a huge opportunity to help the human community understand that we are now seriously seeking the signs of life  ie amino acids /DNA etc

I recommend this should be the focus of the high level PR over the next few weeks. If we fail to find signs of life then that WOULD also be serious news.

So far Rosetta has detected vast quantities of water, methane and alcohol.

Instruments on Philae (eg MIDAS instrument) can detect proteins, viruses and bacteria sized nanoparticles. If none are detected, then this would be a serious setback to intersolarsystem Panspermia.  Some are predicting fossilized diatoms in the surface pebbles; as well as dormat or even active Viruses and Bacteria under the surface.

Conversely finding such particles would be as significant as the Russian discovery of life growing on the outside windows of the ISS – samples returned to earth last week.

Which discovery will be published first to confirm that life is likely to be a cosmic phenomenon? 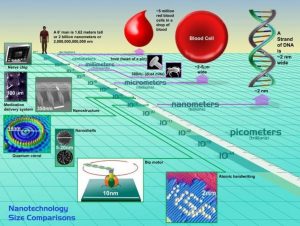